Today, The Arc came out in opposition to Judge Brett Kavanaugh’s appointment to the United States Supreme Court. This opposition is based on Judge Kavanaugh’s record on cases relating to disability and civil rights.   Of particular concern are his decisions on cases involving self-determination of individuals with intellectual and developmental disabilities (I/DD), education, employment, […]

Washington, DC – The Arc is pleased to announce that its national employment program, The Arc@Work, has received an additional $122,000 over the next two years from the Mitsubishi Electric America Foundation to support its ongoing efforts to expand its partner program with Specialisterne®. The Arc@Work and Specialisterne®’s program consists of a four-week intensive training […]

Washington, DC – Today, the House of Representatives passed HR 620, the Americans with Disabilities (ADA) Education and Reform Act, a bill that would create additional requirements for filing lawsuits under the ADA. The Arc released the following statement in response to the passage of the bill: “Individuals with disabilities have faced decades of discrimination, […]

Registration for the premier policy event of the year is officially open! Join other advocates and professionals from all over the country to get up-to-date on the latest policy issues and legislation. It is an excellent opportunity to advance our grassroots movement, meet with your Members of Congress, and educate them on the needs of […]

Washington, DC – Today, the U.S. House of Representatives voted 244 to 171 to revive a failed former policy that cuts off Supplemental Security Income (SSI) benefits for potentially hundreds of thousands of people with disabilities and seniors. The legislation targets SSI recipients with outstanding arrest warrants for alleged felonies or alleged violations of probation […]

Washington, DC – The Arc released the following statement following news that the United States Senate would not hold a vote this week on the Graham-Cassidy-Heller-Johnson proposal. This was the sixth attempt this year by Congress to repeal the Affordable Care Act and cut Medicaid. “The Graham-Cassidy-Heller-Johnson proposal recycled the same threats to Medicaid we […]

Washington DC – The Arc released the following statement in response to the violence in Charlottesville, Virginia: “Our collective hearts break after witnessing the hatred, violence, and innocent death that rocked Charlottesville, Virginia this past weekend. This hatred does not represent our America; it is a shocking betrayal of the values of our nation. We […]

Washington, DC – The Arc is thrilled to announce it has received an additional $240,000 from the Walmart Foundation to encourage and support workers with intellectual and developmental disabilities (I/DD) to enter the workforce. Current research indicates that only 15% of people with I/DD are currently employed. However, with the right supports, many people with […] 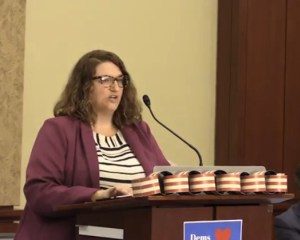 By: Nicole Jorwic, Director of Rights Policy This week in July is always a big one, this year the disability community came together to celebrate the 27th anniversary of the signing of the Americans with Disabilities Act and the 52nd anniversary of the Medicaid and Medicare programs. But a large looming shadow hung over these […]

Learn About The Arc of Northern Virginia - In Three Minutes