Earlier this year, The Arc of Northern Virginia launched The Frank Trippett Advocacy and Outreach Fellowship, and Joe Albert was hired as our first Fellow. In this article, Joe shares some observations from his time on the job so far. 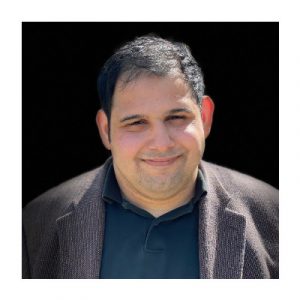 I became a fellow at the Arc of Northern Virginia in July 2022. For these past two months, I have received a consistent question; what exactly is a fellowship? My initial response was that it is a position that focuses on learning…a “research” position. But The Arc of Northern Virginia offers opportunities beyond conducting research. People, individuals, and families drive the subject and the fellowship’s focus.

Each day, a new opportunity to learn and connect with families and individuals occurs. The subject of “research” or “base of knowledge” as the definition for a fellow/fellowship is known grows out of solutions, empathy, listening, and direction from coworkers. Minimal amounts of it have come from set-in-stone rules on how to deal with a specific situation. Many individuals at The Arc of Northern Virginia and those who have worked with individuals with Developmental Disabilities have probably heard the saying “When you’ve met one person with autism, you’ve met one person with autism.” The same seems to apply here to families and individuals with their cases. Each case may be the same on paper. But the solutions are very individualistic.

An example of this is two individuals. I have not used their real names to protect their privacy. First, I will start with James, who has autism. James has completed two years of college. After taking a semester off, James came to The Arc of Northern Virginia looking for help to return to college. For James, college, as he mentioned to The Arc of Northern Virginia, is a step forward to getting a better job and greater independence. In working with James and contacting his college of choice, I found that it offered vital programs and support for individuals on the spectrum. Our first step was to work with James to identify his goals. Once he had clearly articulated his plans, we took the next step and set up and attended an information forum at the college. Before attending the conference, James and I worked together to identify his needs and to come up with questions he would ask at the meeting to ensure he had all the information to move forward. We attended the forum together. It turned out that having someone with James to support was very helpful.

The room for the forum was packed. My interest was to make the experience as stress-free as possible for James. This meant isolating whatever noise was in the room to help James focus on the critical points in the presented material. I highlighted key points made in the PowerPoint, cued him to questions to ask during the talk, and remained after the presentation to help facilitate questions he had for the presenters. My job was to amplify, simplify, and become a sounding board for James. Doing so would allow James to not only be at his best in being able to take in information but also show to the program his skills and talents. James is now on track to complete his goal of achieving a college education and entering the college’s program.

The second individual I worked with also wanted greater independence but had different paths and abilities than James. Robert and James shared the same goal, but their ways of getting there were very different; Robert came to The Arc of Northern Virginia needing advice on job networking, mainly through volunteer opportunities, primarily in politics.

I began working with Robert by doing some research; the research part of my fellowship is “searching” through my resources, a more significant challenge than I anticipated. I kept hitting roadblocks from the organization. They had difficulties internally with aligning. Roberts’s expertise and his accommodations. I was at a loss at that moment. What would I tell Robert?

Sometimes I can find solutions, present them to an individual and not hear back. Sometimes I see a solution, but that solution is not a good match for the individual. But I don’t think I had a situation where the culture of that solution did not accept the individual for who they were. Of course, I would not want to put Robert in such an environment. But I didn’t want to let him down, either.

This inability to accept one for who they are, causes one to have to pivot, a new skill that I have had to learn quite quickly. It is easy to lose sight of whom you’re trying to help. I could try to fight the system or tell an organization I disagree with their internal affairs, but it wouldn’t help Robert at the end of the day.

Often, the program or group contacted may not see or be unable to see the individual’s abilities. They may see the accommodation requirements as too challenging to consider. What they don’t see is the incredible abilities that most individuals possess and the great benefits they bring to a volunteer opportunity.

With Robert connecting him to the right campaign has taken longer than I would have wanted. My attempts to tie him to an appropriate political opportunity have not yet led to a good fit. I have several avenues I plan to explore and am confident there will be a good match for Robert. He has incredible passion and drive to be part of the political scene and more than deserves the chance to share his skills, talents, and abilities.

Overall, I have learned that one solution for one individual does not apply to another. The Arc of Northern Virginia uses keys the best it can (I see it) as if our family members were in the chairs opposite us, asking for help, guidance, and support. As of now, that is my answer to anyone who asks what the fellowship is—providing the best support I can wherever I’m needed at The Arc of Northern Virginia.