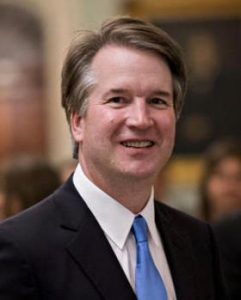 Today, The Arc came out in opposition to Judge Brett Kavanaugh’s appointment to the United States Supreme Court. This opposition is based on Judge Kavanaugh’s record on cases relating to disability and civil rights.

Of particular concern are his decisions on cases involving self-determination of individuals with intellectual and developmental disabilities (I/DD), education, employment, and his stances on the Affordable Care Act and school choice.

“We did not take lightly the decision to oppose Judge Kavanaugh’s appointment to the US Supreme Court, but after a thorough analysis of his record, we cannot idly sit by knowing that he has demonstrated a disregard for the impact of his judicial philosophy on the lives of people with disabilities and their families time and time again. Judge Kavanaugh has written several troubling opinions and dissents on cases related to disability rights and The Arc’s constituents, including those pertaining to education, affordable health care, and self-determination.

“Particularly concerning is his opinion in Doe. V. Tarlow, a case where women with intellectual disability who resided in the District of Columbia’s Forest Haven institution brought a class action lawsuit against the District for violating their due process rights. The District, through its developmental disabilities agency, consented to subject them to non-emergency surgical procedures, including abortions and eye surgeries, without even talking to them and their family members. Judge Kavanaugh’s ruling is disturbing in his apparent lack of appreciation for the humanity of individuals with intellectual disability, their basic human rights, and their ability and right to participate in important life decisions even when found legally unable to make decisions by themselves.

“The Arc urges Senators to not confirm Judge Kavanaugh’s nomination to our highest court. The Senate should not confirm a Justice to the Supreme Court whose judicial philosophy threatens the autonomy and well-being of people with intellectual and developmental disabilities,” said Peter V. Berns, Chief Executive Officer of The Arc.